A blockchain for Javascript decentralized apps

Lisk (LSK) is a blockchain network that allows developers to create, distribute, and monetize Javascript based decentralized applications (dApp).

Lisk makes it easy for developers to build new dApps with a commonly used developer action.

It is likely that your average developer is going to be more familiar with the language Javascript than they are with Solidity — the primary language used to create smart contracts on Ethereum.

That is why Lisk has created a blockchain network that provides developers with all the resources they need to develop decentralized applications and get them into the hands of users. By allowing developers to create dApps entirely in Node.JS (Javascript) — a language they are most likely already familiar with—Lisk opens the door for thousands of developers to enter the blockchain and cryptocurrency industry.

Lisk is a developer’s toolbox

Lisk is a Delegated Proof of Stake blockchain network that provides a Javascript based software developer kit with all the tools necessary to create a blockchain application and a command line interface that allows developers to create a testnet environment by simply answering a few questions.  By leveraging Javascript, Lisk has made it possible for developers unfamiliar with blockchain and cryptocurrency to enter the space and start creating new decentralized apps.

In addition to the developers kit, Lisk is offering a range of services for developers and users alike from hosting, storage nodes, and computing nodes — which you can think of as cloud computing services — to the Lisk dApp store, a place where developers can publish, distribute, and monetize their applications, Lisk is a one-stop shop for developing and distributing decentralized applications and blockchain networks.

Every sidechain needs its own nodes, which are called master nodes. Master nodes are Lisk nodes that can generate new blocks within that side chain. To become a master node, the interested party must be approved by the dApp’s creator.

There are also full client nodes, light client nodes, and delegates on the Lisk network. Each kind of node plays an important roll in each plays a crucial role in the success Lisk and maintaining the proof of stake model.

A full node or full client is a node on the Lisk network that has downloaded an entire copy of the Lisk blockchain from another node within the network. A full client is responsible for validating every transaction and block that passes through the network. Lisk full nodes can be run on Windows, Mac, and Linux operating systems.

Delegates are individuals on the Lisk network that validate transactions and create blocks — a new block is added to the chain every 10 seconds. At the end of a cycle —every 101 blocks, which takes about 16 minutes total — each delegate that added a block during the cycle receives a payment, where the sum of the payment is equal to the summation of the transaction fees that were generated in the cycle — the default fee to send a transaction is 0.1 Lisk.

Delegates must run a full node through Linux. Only the top 101 delegates can create blocks; all other delegates are considered standby delegates. Every delegate starts as a standby delegate, and then, through an election system where every individual who holds LSK is allowed to vote, delegates can get voted for or against, increasing or decreasing the number of votes attached to their address, the 101 delegates with the most votes are the block creators. However, it is possible for a delegate to get demoted, and a new delegate takes his or her place in the top 101; if users feel that a delegate is performing poorly, then they can remove their votes from that delegate and potentially demote them.

Lisk allows a lot of talented developers who otherwise might not enter the blockchain and cryptocurrency industry — because it might require them to learn a new development language — to enter the industry and create decentralized applications and blockchain networks via Javascript.

Lisk At a Glance 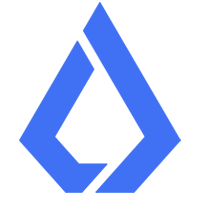